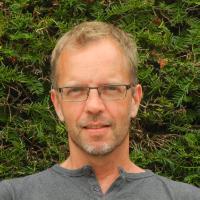 After my PhD I got strongly involved in research on the role of forests for mitigation of greenhouse effects and the particular contribution of forest soils. My research focused on decomposition of organic matter and carbon stocks as affected by tree species, forest management and land-use change, i.e. afforestation of former cropland. The work on tree species and afforestation of former cropland also included impacts on other environmental services such as water recharge and nitrogen retention. From 1998 I have been working as partner and project leader in various mainly externally funded projects. Since my PhD adjourn at Department of Forest Sciences, University of British Columbia, I have had shorter adjourns there twice to work on forest management and tree species effects on soil C and N dynamics. I have good experience in accounting of greenhouse gas balances from different ecosystems based on my role as responsible for the Danish reporting of carbon sequestration in Danish forests under UNFCCC and the Kyoto Protocol (2000-2009). My role as coordinator (2005-2010) of the Danish intensive forest monitoring programme (ICP Forests under UN-ECE and EU) has also given me good knowledge of biogeochemistry in forests in Denmark and EU. In addition, this task provided me good experiences in European cooperation on air pollution effects and carbon accounting. My main achievements have been to 1) provide new knowledge on tree species effects and management on soil C, water seepage and N retention based on common garden and other long-term field experiments that enabled separation of tree species effects from site-related factors; 2) the establishment of unique chronosequences of afforestation at two sites in Denmark including the publication of results on ecosystem services (C sequestration, water recharge, water quality, and biodiversity) within national and EU FP5 projects; 3) the installation of a lab facility for measurement of non-CO2 greenhouse gases in the field in afforestation chronosequences and soil moisture gradients used to evaluate effects of changed soil moisture regimes in forests; 4) Cooperation at EU and global level with researchers within EU projects, COST and my informal scientific network with the aim to synthesize data and knowledge of management, tree species and land-use change effects on soil C dynamics; 5) success in applications for externally funded projects (>DKK 20 mio. during the last five years).

I have coordinated a large project on resampling of carbon and nitrogen stocks in Danish forest soils which contributes to the Kyoto Protocol reporting and will in the next years lead a second phase of this project. I recently coordinated the Danish activities in the FP7 project GHG-Europe in which we contributed with resampling of our unique chronosequence experiments to support the knowledge on soil C dynamics following land-use change. I have just finalized our activities in the EU FP7 project FUNDIV-EUROPE in which we led activities regarding tree species diversity effects on soil properties including C and N. Other current projects focus on carbon storage and dynamics in forest soils under different tree species and methane and nitrous oxide emission from soils. I have recently been particularly engaged in activities to synthesize effects of tree species on soils with focus on SOC dynamics and stocks finalized in a special issue of Forest Ecology and Management on this topic as Guest Editor with Cindy Prescott, UBC. This special issue includes my synthesis paper “Do tree species influence soil carbon stocks in temperate and boreal forests?”.

Biogeochemistry of forest ecosystems with a focus on C and N cycling as well as water balances. My main emphasis has been on soil C stocks, their turnover and change as affected by tree species, management, soil type and land-use change. I have worked on the capacity of ecosystems to provide ecosystem services such as carbon sequestration, water recharge, and water quality including the overall synthesis and trade-offs between these services. I continue to focus on management, land-use change and soil type controls on soil C, but currently work to direct my research into characterization of the processes behind patterns observed in soil C dynamics.

Major present and past research projects

I passed the course “Higher Education Teaching” at Faculty of Science, KU in 2013.