Section of Geology (Department of Geosciences and Natural Resource Management) has been elected as one of the 188 members of Danish Natural Sciences Academy. The academy works for strengthening Danish research in natural sciences and for improving the mutual understanding between researchers and society. 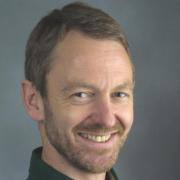 Danish Natural Sciences Academy (DNA) was founded in 1982 by active researchers at universities and research institutions in Denmark. The objective of the academy is to strengthen Danish research in natural sciences and to improve the mutual understanding between researchers and society, also for the benefit of private enterprises. Its 188 members represent research activities in natural sciences in Denmark.

Hans Thybo is editor in chief of the journal Tectonophysics and has been active for building European Geosciences Union, for six years as general secretary. He is Danish delegate to International Council for Science (ICSU) and member of council for International Lithosphere Programme (ILP). He has been member for six years of FNU (DFF | Natural Sciences) og is member of a series of international committees, including assessment panels at National Science Foundation, USA (NSF) and International Continental Scientific Drilling Program (ICDP).