A golden jubilarian in the middle of the woods

On Sunday 8 September 2013, the Forest & Landscape College (Skovskolen) in Nødebo is celebrating 50 years of educational and scientific contributions to the green sector. Everyone is welcome to join in the celebrations.

The minister was wearing a helmet and had been thoroughly instructed in how to use a chainsaw when he opened the Forest & Landscape College in 1963.

Minister of Agriculture Karl Skytte sawed through a spruce lath placed across the entrance to the school’s main building. It marked the culmination of several years of work by employers, trade unions and politicians to raise the competencies of Danish foresters.

Developments on three different fronts kick-started the initiative: The forestry in-dustry’s need for qualified labour, technical developments after the Second World War and a unique partnership between industry, trade unions and relevant depart-ments on good, hands-on forestry courses. At the same time, the modern chain-saw had been invented, bringing with it a need for new training courses and ac-company facilities.

From forest to nature and health

Since opening, a lot has happened on several levels at the college. The number of courses on offer – and thus the number of students – has increased markedly, on several occasions prompting the need for more buildings. At the same time, the school’s green focus has broadened, says Head of Education Anders Bülow:

“We have moved out of the forest, into the open landscape and deep into the city. Today we work with forests and the countryside, parks and the landscape as well as outdoor life and communication. Green areas now have a place on the political agenda as a valuable resource in our welfare society for learning, well-being and health.” It was the college’s focus on learning, communication and health which, in 2011, led to the establishment of its latest department, the Knowledge Centre for Outdoor Life and Nature Communication. 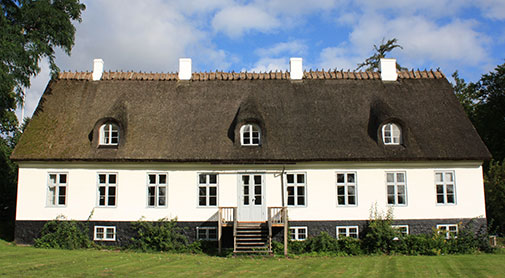