, Section of Geology (Department of Geosciences and Natural Resource Management) has been elected as the next President of European Geosciences Union (EGU), which is Europe's premier geoscientific organization with about 13,000 members from all over the world. 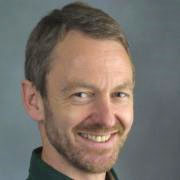 Hans Thybo will during the coming four years lead the development of largest geoscience organisation in Europe, European Geosciences Union (EGU), which was established in 2002 by the merge of the European Geophysical Society (EGS) and the European Union of Geosciences (EUG). The Union has 22 Scientific Divisions that cover all Earth, planetary and space sciences, and its annual General Assemblies gather around 13,000 participants. EGU also organizes a series of other meetings, and publishes 17 scientific journals. EGU is a globally leading organization in the development of Open Access Publishing. The union is active in geoscience outreach and provides courses for teachers each year in geoscience subjects.

Hans Thybo’s research addresses structure and processes in the interior of the Earth. He is internationally recognised for a model that proposes the presence of partially molten rocks below depths of 100 km in continents. Recently he has investigated processes that lead to the formation of rift zones, where the Earth’s crust is splitting, e.g. in East Africa and Siberia around Lake Baikal. During the latest years his research has been concentrated on the origin of the enigmatic mountains in Norway and eastern Greenland. Hans Thybo is editor in chief of the journal Tectonophysics. He is Danish delegate to International Council for Science (ICSU) and council member in International Lithosphere Programme (ILP). He has been member of FNU (DFF | Natural Sciences) and is member of a series of international committees, including assessment panels at National Science Foundation, USA (NSF) and International Continental Scientific Drilling Program (ICDP). Hans Thybo is a member of Royal Danish Academy of Sciences and Letters, currently vice-president, Danish Natural Sciences Academy, Royal Norwegian Academy of Sciences and Letters, Royal Astronomical Society, London, and the European academy "Academia Europaea".