The new professor at the Department of Geosciences and Natural Resource Management, Ole Mertz, will hold his inaugural lecture on 28 August 2014. He will focus on new research on the interaction between people and the environment in changing land use systems in developing countries. 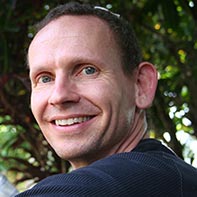 In the last 20 years, Ole Mertz has carried out research on how changes in land use in developing countries affect the environment and local people’s livelihoods. He has also worked on climate change adaptation and mitigation, for example, on how reduced deforestation may limit greenhouse gas emissions. In his new position as Professor, Ole hopes to initiate innovative international research that combines these subjects in order to contribute to a better understanding of how to promote sustainable land use in developing countries.

Ole Mertz points out that: “A good understanding of drivers and consequences of land use change still remains a challenge for adequate planning of both land and broader environment management.” About his professorship, he adds: “I would like to pursue my keen interest in investigating the causes and effects of resource use in areas where forests and agriculture meet in developing countries. These are areas rich in land, forests, minerals, and other resources of both local and international interest. I am interested in understanding how global actors shape local factors, and how apparently unrelated systems – also called tele-coupled systems -  influence each other through series of indirect and complex mechanisms.”

The new professor hopes that his research will produce a better ground for future management. Ole Mertz has in several of his previous positions experienced that research can indeed change practice. Before starting his PhD, Ole worked for two years at the delegation of the European Commission in Burkina Faso. Furthermore, he has been involved in several consultancies, and worked as coordinator for a network that aimed at bringing together researchers and decision makers. These jobs have made it clear to him that: “Research can indeed contribute to development if it is communicated well and taken up by development organizations,” as he explains.

Aged 51, Ole Mertz leads the research group Environment and Society in Developing Countries since 2012. He holds an MSc in Agronomy from the former Royal Veterinary and Agricultural University, and finalized his PhD in Geography in 1997. He has been employed at the University of Copenhagen since as assistant professor, associate professor, and network coordinator.

Ole Mertz will hold his inaugural lecture on Thursday 28 August 2014 at 2 pm in Auditorium B, Øster Voldgade 10, Copenhagen K. You can download the invitation here. The lecture will be in English, and will be followed by a reception. All interested are welcome.