With the appointment of five professors and two adjunct professors of Geology, the four research groups at the Geology Section of the Department of Geosciences and Natural Resource Management have been significantly strengthened. The Section cordially invites all interested to attend the joint inaugural lectures of the new professors on 3 October 2014.

Five of the seven professors are already part of the Geology Section, while the two adjunct professors are from the Geological Survey of Denmark and Greenland (GEUS). “The new professorships are expected to strengthen the department and the collaboration within GeoCenter Denmark,” as Professor Karsten Høgh Jensen, Head of the Geology Section, explains. He adds: “We expect this will lead to increased focus on geology, both in terms of new students applying for education here, and major new research activities.”

The Geology Section will hold joint inaugural lectures for all the new professors on 3 October 2014 at 13:15-15:15, followed by a reception.

The new professors will hold their inaugural lecture in the following order: 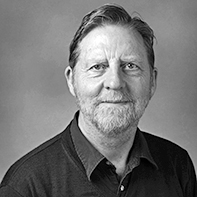 Lars B. Clemmensen, head of the Basin Studies research group, holds a MSc, PhD and DrSc degree from the University of Copenhagen, and has been associate professor at UCPH since 1980. Lars Clemmensen´s main area of research is sedimentology, and specifically the use of sedimentary structures to understand depositional processes and to reconstruct ancient environments and palaeoclimate. His main research topics include modern and ancient wind-deposited and coastal sand systems. Lars Clemmensen expects to strengthen his work with geomorphologists and geophysicist with the hope to better understand how coastal systems develop during various climatic scenarios. 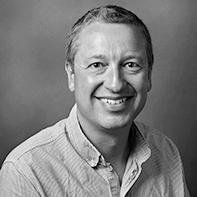 Lars Nielsen, member of the Geophysics research group, holds a PhD from Aarhus University from 1998, and he has been employed at UCPH since then. Lars Nielsen’s work has focused on application and development of geophysical methods for imaging the solid Earth at different scales from the mantle to the near-surface parts. Current research projects and future plans focus on: 1) understanding of the interplay between vertical land movement and sea-level change by integrated geophysical and geological investigation of modern and ancient coastal deposits; and 2) imaging and characterization of chalk deposits by different geophysical methods with implications for our understanding of how the chalk acts as a reservoir to oil, gas, and water. 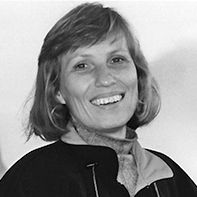 Irina Artemieva, also member of the Geophysics research group. After obtaining her PhD in Geophysics at the USSR Academy of Sciences in Moscow, Russia, Irina Artemieva has worked in Sweden, France, and USA, and joined UCPH as associate professor in 2005. She was awarded the dr.scient. degree in 2007 from UCPH, and she is a member of the Royal Danish Academy of Sciences and Letters. Her field of research includes multidisciplinary geophysical modelling of the crustal and upper mantle structure globally with focus on secular evolution of the continental lithosphere in various tectonic environments. Irina Artemieva’s further studies will continue to focus on fundamental problems, such as thermo-chemical heterogeneity and evolution of both continental and oceanic crust and upper mantle through the application of a full spectrum of geophysical and geodynamic methods. Practical applications of this research relate to mineral exploration such as diamond and hydrocarbon prospecting. 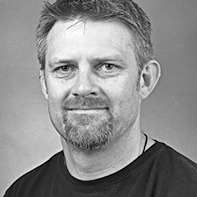 Tod E. Waight, member of the Geochemical, Mineralogical and Petrological Earth Processes research group, obtained his PhD from the University of Canterbury in New Zealand, which was followed by postdoctoral positions in Australia, Denmark and USA. Tod Waight was appointed associate professor at UCPH in 2003. His research focuses on igneous petrology and geochemistry, i.e. the study of minerals and rocks formed from magma. In his professorship, Tod Waight expects to establish a research programme investigating igneous rocks formed at modern and ancient subduction zones and relate these to the question of how and when Earth’s continental crust has grown and evolved. He also expects to develop a teaching programme in economic geology. 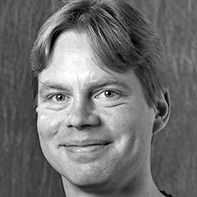 Jochen Kolb will join the Geochemical, Mineralogical and Petrological Earth Processes research group as adjunct professor. Jochen Kolb holds a PhD from RWTH Aachen University, Germany, and has been research professor at GEUS since 2011. He applies an integral approach to describing crustal fluid systems. With a special aim of describing different mineral systems, Jochen Kolb is interested in combining structural geology and petrology to study the interface between the various processes related to the formation of mountains. With his adjunct professorship Jochen Kolb hopes to secure research in economic geology in his fields of interest and economic geology education in general at UCPH and within the Geocenter.

Peter K. Engesgaard, head of the Water Resources research group, holds an MSc and PhD from the Technical University of Denmark, and has been associate professor at UCPH since 2002. Peter Engesgaard’s main area of research is hydrogeology, and specifically the use of different natural and human-induced tracers to understand groundwater flow. He studies how groundwater interacts with streams, lakes, and the sea, and how this affects the hydrology of catchments. In his future work, Peter Engesgaard expects to strengthen collaboration with biologists and geochemists to improve the understanding of how to manage the quality and ecology of groundwater and surface water systems. 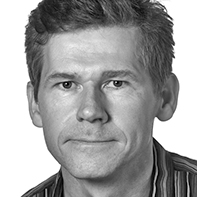 Torben Sonnenborg will join the Water Resources research group as adjunct professor. He holds an MSc in civil engineering and a PhD in flow and transport in fractured formations from the Technical University of Denmark. Since 2005, Torben Sonnenborg has been employed as a senior scientist in hydrology at GEUS, where he has focused on the effects of geological architecture on groundwater, and on groundwater protection and uncertainty. He has also focused on water resources modelling and assessment of climate change effects on the hydrological system. The focus in his adjunct professorship will be on climate change impact and adaptation in hydrogeology and water resources including assessment of uncertainty of hydrological model predictions and climate change projections.