In the beginning of 2015 Lars Winther commenced as a professor in human geography at Department of Geosciences and Natural Resources Management at University of Copenhagen. His research area is urbanization, regional development and industrial change in the European context. 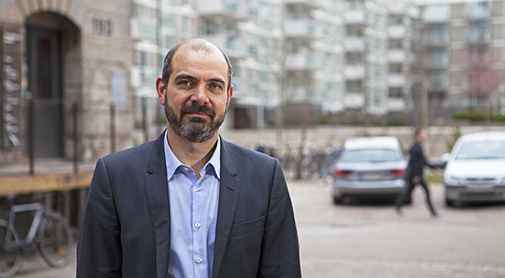 The development of cities is two-fold. On one hand there are cities that grow and are the centers of both everyday life and economic, social and political activities. On the other hand there are other cities and regions that develop in the opposite direction with increasing unemployment, occupational restructuring and depopulation which creates new spatial and socioeconomic inequalities between regions. These are some of the challenges that Lars Winther will research.

Throughout several years Lars Winther has researched the impact of employment, industry, firms, competitiveness and human capital on regional urban development, and in this context the term “knowledge economy” plays a central role. The term covers an economy where acquisition and use of knowledge has strong effect on the competitiveness of firms.

Large cities and regional development has for many years been the focus for Lars Winther, but along with his research group Transformation of cities and landscapes – geoinformatics - of which he is the Head - he will in the future also focus on a new research area: urbanization and industrial change in peri-urban areas. Here he will bring in economic, social and political processes to understand the current development in the urban areas. The cities are going through a change, and as a consequence, it is no longer possible to define a city as a center with a surrounding hinterland which is inferior to the central area. On the contrary, the city must be viewed as the consequences of complex political, social and economic processes.

Lars Winther will give an inaugural lecture with a reception afterwards on Thursday 28 May at 14:00 in Auditorium B, Department of Geosciences and Natural Resources Development, Øster Voldgade 10, 1350 Copenhagen K.