Today sees the launch of the world’s first online video channel focusing on the geosciences. Backed by some of Denmark’s most prestigious research institutions, UNDERGROUND CHANNEL will use film to address the complicated challenges facing the planet – climate change, resource utilisation and sourcing clean drinking water – and to examine extreme phenomena such as earthquakes, volcanoes and tsunamis. 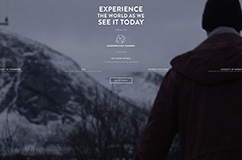 - We live in an era of ever-increasing focus on the pursuit and distribution of the Earth’s resources. Competition for water, minerals and oil, the fear of climate change and concerns about the planet’s overall well-being have brought geology and the geosciences much closer to our everyday lives, says Professor Kurt Kjær, a member of Geocenter Denmark’s management group and acting director of the Natural History Museum of Denmark.

But it’s sometimes difficult for school students and laypeople to find out about the state of the planet, its powerful natural forces and scarce resources, and about our collective future. That’s why we are launching UNDERGROUND CHANNEL – the world’s first online video channel focusing on the geosciences. 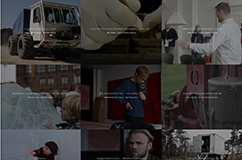 A window to the past – and the future

- The Earth’s past seems infinite. It’s hard to imagine oceans emerging or continents moving. We’ll never be able to experience these processes in real time. But, by utilising the latest research, UNDERGROUND CHANNEL will create a window through which everyone can catch a glimpse both of our planet’s history and of what the future might hold, says Anders Drud Jordan, project manager for UNDERGROUND CHANNEL.

UNDERGROUND CHANNEL is backed by Geocenter Denmark – a formal collaboration between four of Denmark’s strongest geoscience institutions, all of which bring their expertise and latest research findings to the project.

The photos on this site must be used in conjunction with media coverage of the story. Click on the photos to download them in high resolution. Please credit www.undergroundchannel.dk.