More people equal more trees in semi-arid West Africa - A study lead by IGN published in Nature Geoscience questions ‘received wisdom’ as concerns the relationship between human agency and woody vegetation of West Africa. The scientists demonstrate that in low-rainfall areas woody cover is denser in cultivated areas than in savannas, and close to settlements rather that further away, thus rejecting simplistic Malthusian ideas of a negative relationship between population density and woody cover. 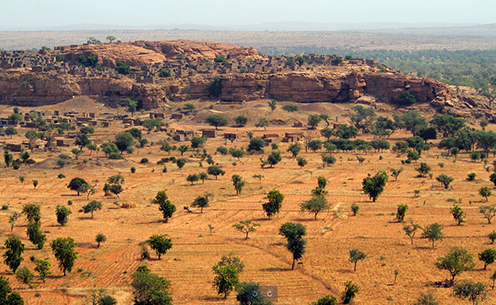 These findings challenge the traditional view on agricultural expansion in semi-arid lands and this has implications for the understanding of effects of agricultural expansion on ecosystem services, including carbon sequestration. Also, these findings throw light upon the process of land degradation/desertification which contradicts commonly believed narratives on human expansion in drylands causing fuel-wood crisis, deforestation, soil depletion, erosion and desertification. 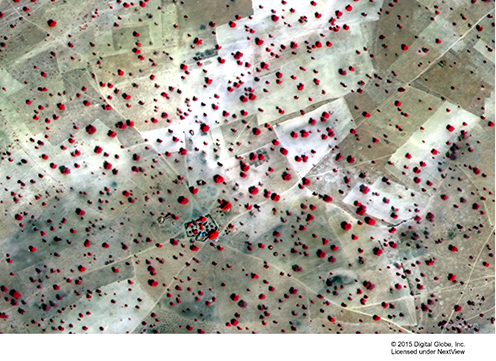 The study is part of an unprecedented NASA project, which aims at applying commercial DigitalGlobe satellite imagery with a spatial resolution of 50 cm to map the size of each individual tree and shrub in African dryland ecosystems. The IGN team around Rasmus Fensholt and Martin Brandt was the first group outside of NASA who had access to thousands of these images, and this study is the first allowing a wall-to-wall map of woody cover based on individual trees.