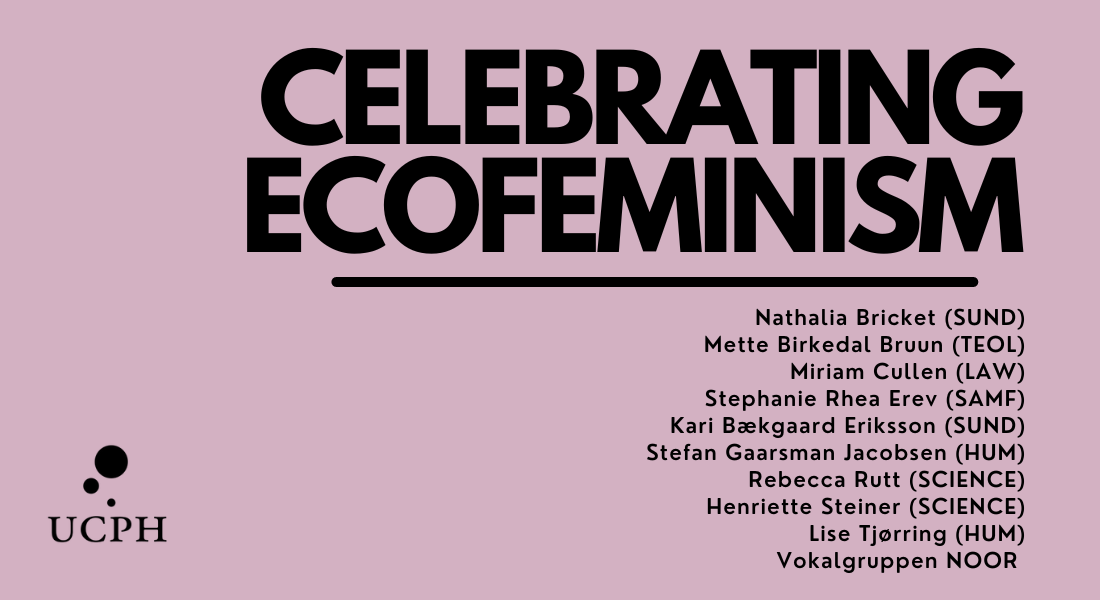 The University of Copenhagen Celebrates Ecofeminist Insights in Word and Song: 40+ Years since the publication of Carolyn Merchant’s The Death of Nature.

On Thursday December 8th, 2022, colleagues from all six Faculties at the University of Copenhagen will celebrate ecofeminist thought. Carolyn Merchant’s 1980 book The Death of Nature will prompt us to reflect on the current need to build collective pathways toward a more socio-ecologically sustainable future.

The book The Death of Nature: Women, Ecology, and the Scientific Revolution remains a profoundly influential book of radical ecological thought. Written in 1980 by the science and environmental historian Carolyn Merchant, the book revealed how the introduction of ‘modern science’ both introduced new inventions and notions of progress to Western culture, and atomized and mechanized nature, thus fracturing human-nature relations.

As a pioneering work of ecofeminism, this book further exposed how the domination of nature accompanied aggressive efforts to dominate women, reducing both to inert objects and priming the ground for their dual exploitation to enable the emerging capitalist order – an exploitation that continues to today in evolving forms.

As Merchant demonstrates, the modern understanding of humans as separate from, and superior to, the rest of nature is a perception that is now widespread and unquestioned - though renewed challenges are mounting in light of the current climate change crisis.

This text remains a major contribution to environmental history, philosophy, and ethics, and as such is relevant across academia. In recognition of this work’s broad value, this event engages all six Faculties at the University of Copenhagen Faculties across the natural and medical sciences as well as law, humanities, theology and social sciences.

Through diverse contributions and with music from the vocal group NOOR, we will invite collective reflection on the insights of ecofeminist thought. With contributions from colleagues across all six Faculties at the University of Copenhagen, we show that these issues inspire many of us and must be recognized as central to our collective work as researchers and educators of the generations to come.

Free and open to all. The event will be accompanied by a wine reception. 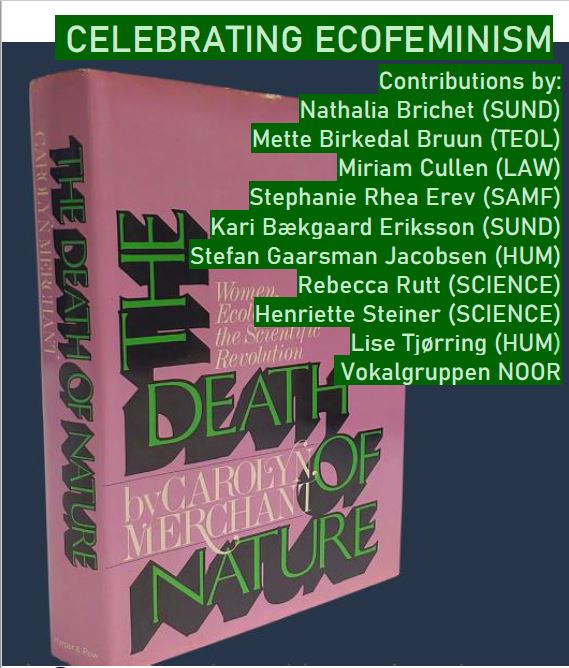