Seismic studies of the deep soil layers in northwest Zealand will help researchers locate soil formations suitable for storing captured CO2 in the near future. The University of Copenhagen is supplying academic expertise and a dedicated corps of students.

Somewhere in northwest Zealand, an eye-catching convoy creeps across the countryside. Two small and burly trucks, that look like they belong at a moon base in a sci-fi film, stop every ten meters to lower their shaker units and begin vibrating.

The vibrations send powerful sound waves into the earth and cause the ground to shake under the feet of passers-by. In tow, the trucks have a tail equipped with geophones that are occasionally lifted and shifted by young students wearing reflective suits. As the sound is reflected back from the soil layers below and registered by the geophones, it is transformed into a detailed image with the help of powerful computers.

And as the convoy inches along off road, the images amass and begin to form an underground map that researchers will be able to use to find the right place to safely store CO2 in the near future.

This is what the scene looked like when the University of Copenhagen, in collaboration with GEUS, and a team from Uppsala University, investigated the Northwest Zealand underground. The data collection has just been completed ahead of schedule and the work of analyzing the data has begun.

"It is very exciting to be a part of this project. A study of this scale has never been conducted in Denmark. With this subsurface mapping, we are helping to develop a concrete solution that can contribute to addressing the global climate crisis," says geophysics professor Lars Nielsen, of the University of Copenhagen’s Department of Geosciences and Natural Resource Management.

"As for the students involved in the project, we are even helping to train specialists who can manage the task by operating and monitoring things as soon as the technology is ready to be deployed," he continues.

Carbon sequestration is one aspect of Denmark's official climate plan. It includes the capturing and underground storage (or utilization as fuel) of greenhouse gases from industry, to prevent them from adding to atmospheric concentrations and contributing to climate change. An overall strategy called Carbon Capture, Utilization and Storage (CCUS)

To this end, the Danish government has awarded the Geological Survey of Denmark and Greenland (GEUS) a large grant among other parts to begin the project, Seismic data collection over the Havnsø structure in northwest Zealand that will inspect the Danish subsoil for formations that are favorable for the possible storage of CO2 as part of a national strategy.

The project is headed by GEUS, while the University of Copenhagen is contributing a dedicated group of talented students and Lars Nielsen’s geophysical expertise. Furthermore, crews from Poland and Uppsala, Sweden have been involved in the collaboration to supply and maintain the technical operation of equipment.

A well-thought-out design and important collaboration

GEUS contacted Lars Nielsen to draw upon his many years of knowledge about how seismic sound waves propagate and affect each other in different soil layers, as well as his experience in designing geological surveys based on this knowledge.

Between a rock and a hard place

The studies seek the best conditions for CO2 storage. Among them, is that gas must be stored at no less than 800 meters deep. Gas must be able to be injected into a suitable soil type, like sandstone, whose porosity makes it possible to distribute CO2. To retain the gases, it is also crucial for there to be an impermeable soil layer above, such as a clay soil type.

Compressed by soil layers and at the right depth, injected CO2 will be under such pressure that the gas will be dissolved in the soil’s already saline water. In this way, large amounts of CO2 can be stored in the same place and while being highly stable.

Expertise and basic geological research of the future

Lars Nielsen highlights the efforts of the young UCPH students as indispensable to the project, students who are already in great demand.

"There are great perspectives in this for the students as well. They are tomorrow’s experts in a field that could become a major industry in a few years time. In one week alone, I’ve been contacted by two private sector actors – in relation to the establishment of wind farms among other things – that are looking for students for other seismic studies. So they are definitely sought after. Naturally, we also hope that their work will result in a few exciting master’s theses and PhDs in the long term," says Lars Nielsen.

Beyond the important role in Denmark's climate efforts, Nielsen is happy that the studies will generate plenty of new basic research in geology. Indeed, the extensive subsurface measurements – from a stretch of 130 km examined in this part of the project – will provide new insights into the world beneath our feet, including climate-related changes recorded in the geological history of Denmark.

Every 10 meters, a large truck-mounted “shaker” has been sending vibrations through the earth and produced powerful sound waves.

The waves move from deep vibrations (long wavelengths) to higher pitch vibrations (short wavelengths). This wide spectrum of waves is important for distinguishing individual soil layers with as much detail as possible. 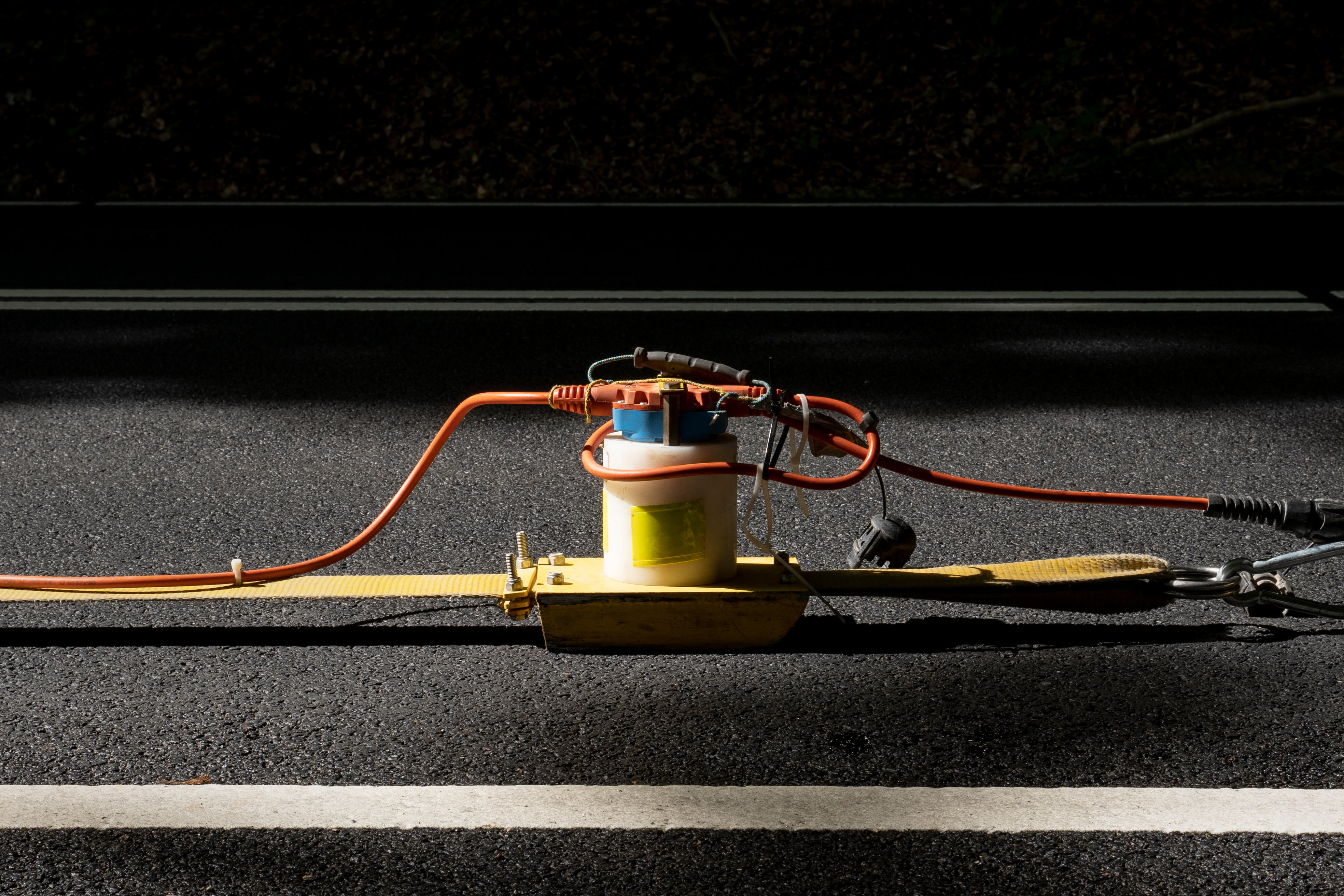 Geophones are a type of microphone that can register underground reflections. They are used in the study for different purposes.

Along the route, knowledge from previous drillings is used to determine the rock types within the soil layers being studied. 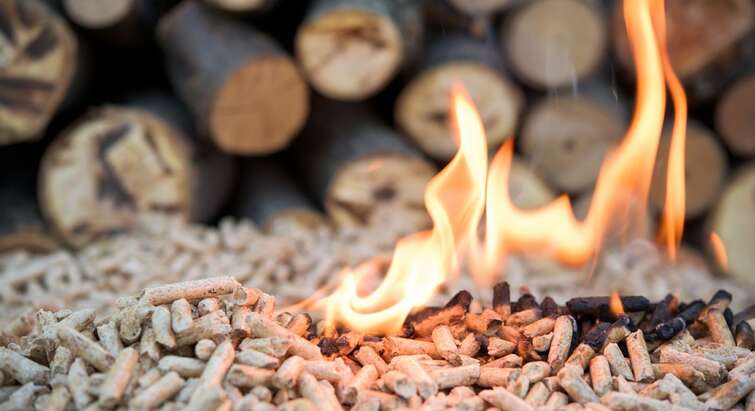 Bio-what? Half of Danes don’t know what biomass is 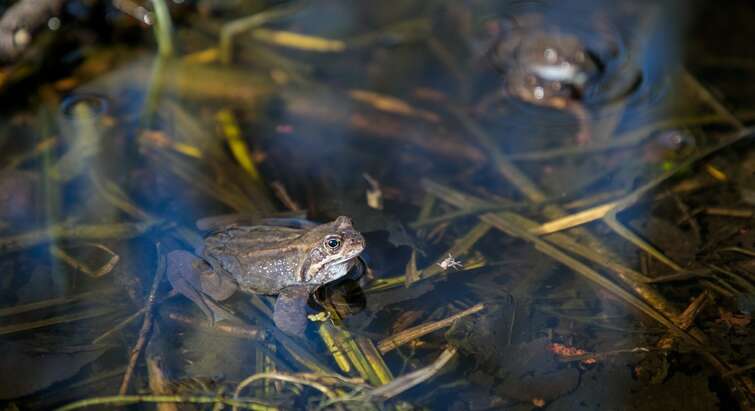 New biodiversity report: The value of nature should be included in Danish economic decision making 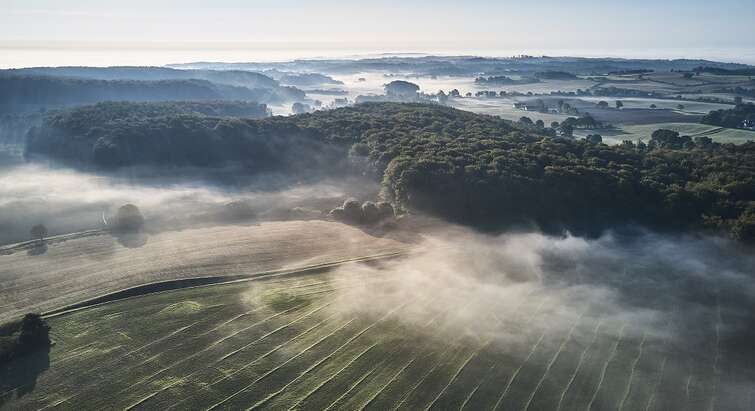 New type of extremely reactive substance in the atmosphere