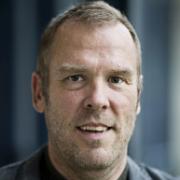 2006-2011     Member of the board, RECETO (a PhD. program on Environmental Chemistry, Microbiology and Toxicology.

2004-2006     Member of IUFRO Task Force “The Role of Forests in Carbon Cycles, Sequestration and Storage”.

2005              Member of evaluation committee of the Swedish Energy Agency’s 5-year research programme “Bioenergy and Environment” including more than 50 researchers.

2001-2008     Member of the board: Land use strategies to reduce greenhouse gas emissions. A Swedish research programme (65 mill. SEK).

2012-             Responsible together with Prof. Henrik Vejre for the course: Landscape and Restoration Ecology.

2005-             Responsible together with Prof. Bo Larsen for the 15 ECTS credit Thematic course: Ecology and Management of Forest and Nature.

2011              Hreinn Oscarsson. The effect of nutrient application on tree seedlings during afforestation in Iceland.

2002              Martin K. Andersen. The effect of afforestation on heavy metal mobilisation and retention in soil

2013-             EvRest – Evaluation of Ecological restoration in the North. Danish PI. Financed by Nordic Council of Ministers.

2012-             BIORESOURCE - Increasing the biomass resource, its quality and sustainability. Financed by The Strategic Research Council. Member of core group.

2012-             Consequences of large scale bioenergy production in Denmark on biodiversity, forestry, and agriculture in the context of sustainable development. Financed by Velux foundation, Denmark. Work package leader and member of core-group.

2012-2013     Evaluation of Biodiversity in Danish Forests. Ministry of the Environment, member of steering committee.

2009-2012     RENO – Restoration of damaged ecosystems in the Nordic countries. A Nordic network of restoration researchers. Danish PI. Financed by Nordic Council of Ministers.

2008-             Ecological consequences of increased biomass removal from forests in Norway. Financed by Research Council of Norway.

2002-2008     Wildlife and Landscape, project 4: Forestry operation and landscape management in relation to the interests of game. I was overall project responsible and member of the programme steering committee, but not active part of research. Financed by Forest and Nature Agency.

1996-2000     MEMO - Effects of afforestation of agricultural land on heavy metalmobility in soil.

My list of publication contains: 44 refereed journal papers of which 35 are indexed in ICI and 4 are in review; 5 scientific book chapters; 79 other scientific papers and reports; 836 ICI citations, H-index=17 (unique ICI search by use of Raulund*).

Materials for education and dissemination to forestry practise