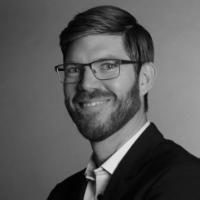 My research focuses on the petrology and geochemistry of Archaean (older than 2500 million years old) rocks from Greenland, where I have conducted fieldwork every summer for the past ten years. The research aims at modelling the relations between ultramafic and mafic-andesitic rock associations in order to better constrain the evolution of the North Atlantic Craton. You can find more information on my website: www.KristofferSzilas.com
I have spent more than ten sommers doing fieldwork in Greenland, and you can see some photos from the field here: www.instagram.com/kristoffer.szilas
I have written (in Danish) about the subject of my research in layman's terms here: Mysteriet om Jordens kontinenter og pladetektonik

I'm currently working on determining the origin of enigmatic peridotite enclaves, which are found within TTG-suite orthogneiss in the Fiskefjord region. These refractory peridotite cumulates were likely co-magmatic with the subcontinental lithospheric mantle (SCLM). This research project is supported by the Villum Foundation through a "Young Investigator Grant" that runs from 2018 to 2023, and is mentioned HERE.

A new research project that I will start in late 2021 is on the petrogenesis of Archaean anothosite complexes. The current model for such rocks implies the operation of subduction zones 3 billion years ago, but I will test an alternative hypothesis in which such rocks formed by decompression of dry magmas. This project is supported by the Independent Research Fund Denmark through a "Sapere Aude Grant" that runs from 2021 to 2025, and is mentioned HERE.

A spin-off of my fundamental research on the early Earth and peridotites in particular has led to a project here we will investigate the reactions between CO2 and the mineral olivine. Specifically, we will test the potential for mineral carbonation using olivine deposits in Greenland as the raw material in the industry in Denmark. This is a study that is supported by the Independent Research Fund Denmark as part of their Green Transition Theme, and is mentioned HERE.

A research project that I recently finished was a study of the oldest rocks on Earth, which are located in SW Greenland. The aim was to contribute with new insights into Earth's earliest crustal evolution. By applying a palette of isotope systems (including various non-traditional) on these ancient rocks, we tried to pin-point the specific class of meteorites that represents the building blocks of Earth. This project was supported by the Carlsberg Foundation through a "Distinguished Fellowship" that ran from 2019 to 2022, and is mentioned HERE.

You can find various videos of me explaining my research here:

The Oldest rocks on Earth

Formation of the continents

Here are some longer podcast interviews in Danish:

Hjernekassen (about mining and the green transition)

MSc and BSc projects that I can offer students:
-The petrology of the Fiskenæsset Anorthosite Complex (in collaboration with Greenland Anorthosite Mining ApS).
-The petrology and geochemistry of Eoarchaean peridotites from south of Isua, with the aim of investigating if they represent mantle or cumulate rocks. Application of EMPA and LA-ICP-MS methods.
-Mineralogical and isotope geochemical study of metasomatic processes at the interface between dunite and granitoids during high-grade metamorphism resulting in talc.
-Petrology of pseudospinifex-textured rocks from the Ammassalik region. Are they the only komatiites in Greenland?
-Petrology of gabbros from South of the Skaergaard Intrusion, East Greenland.
-Micro-XRF investigation of ore deposits in Greenland. This project will study several ore deposits from Greenland with an emphasis on the identification of minerals and mapping of their textural relations.

All of the above projects have the potential to become journal publications, if the student is ambitious and is willing to put in the effort it would take.
Feel free to contact me at krsz@ign.ku.dk if you have any questions.